Navigation
You are here: Home / Health / Sugar in ketchup 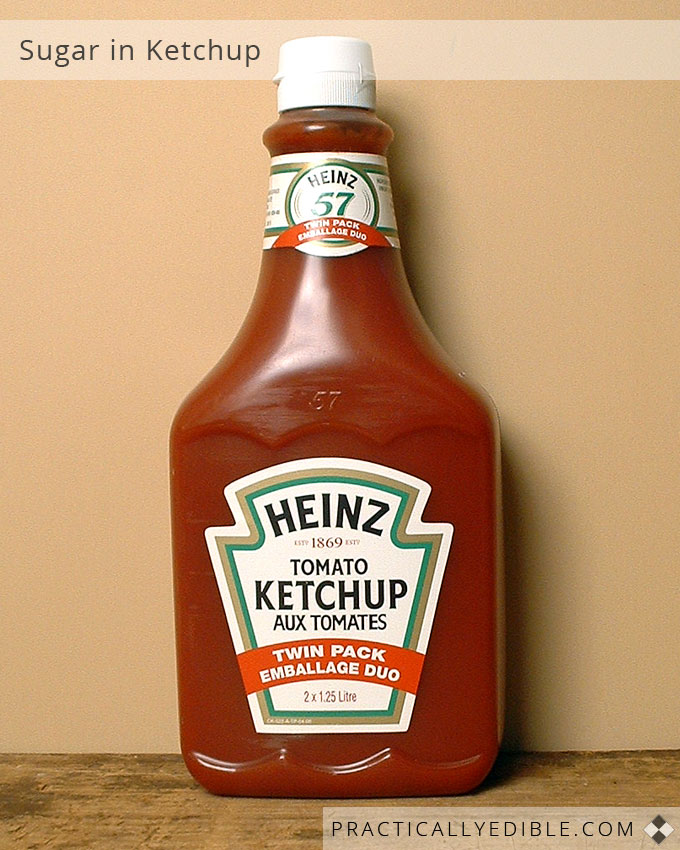 What’s the ketchup with the lowest amount of refined sugar in it? That’s the question I set out to answer for myself.

Most people never realize how fattening ketchup can be. If anything, they think “oh, tomatoes, something in there that might fight cancer, healthy.”

But most brands of ketchup add a boatload of carbs in the form of refined sugar to their recipes (BTW did you know that not all ketchups are made from tomatoes?) which translates into extra pounds on you that you can’t figure out where they came from.

The reason this matters to me is that I am a true ketchup lover and I won’t tell you how much I can easily squeeze onto my plate without thinking about it! But your body counts calories even when you are not, and a large dose of sugar-laden ketchup can be as fattening as an ice cream cone, believe it or not.

SUMMARY: If you’re in a hurry, here’s what I think I’ve found so far:

In the States, the best by far for a low-sugar ketchup seems to be “Heinz Reduced Sugar Tomato Ketchup”.

In the UK, the best for a low-sugar ketchup seems to be Heinz Low-Sodium / Low-Sugar Ketchup. It’s nowhere near as low as the American version mentioned above, but it’s still way better than the regular version of Heinz ketchup.

In Canada, the best by far for a low-sugar ketchup seems to be “Heinz No Sugar Added Tomato Ketchup”, released summer 2014. But, it has elevated sodium levels in exchange.

I don’t know a thing about low-sugar ketchup options in other countries such as Australia, Ireland, New Zealand, etc, but would be happy to hear!

Now, for the breakdown and details. 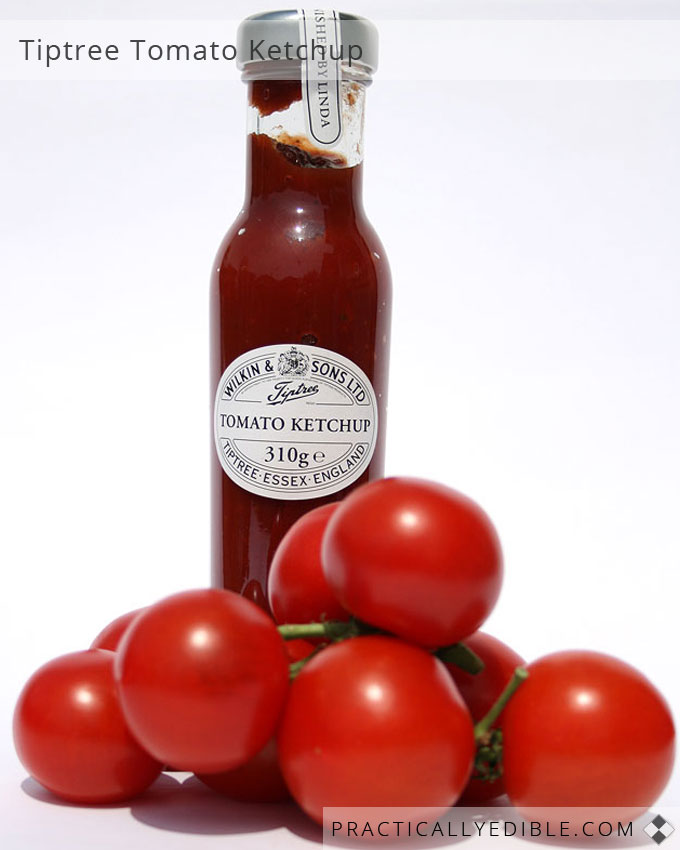 Even the very nice and semi-twee Tiptree brand (pictured above), from Essex, England, is guilty of shovelling the sugar in. In fact, it has the highest amount of sugar of the ketchups we’re going to look at in this piece. Here’s the nutritional profile of their Tiptree Ketchup:

A few good generous splodges of that on your plate are going to make your meal a lot more fattening than you intended it to be. (Though the sodium level is better than Heinz.) 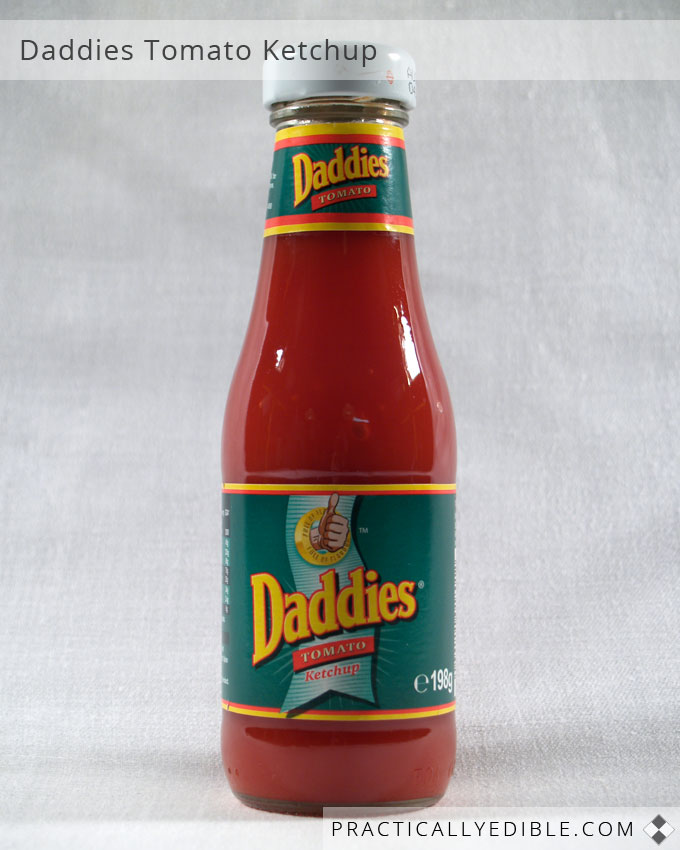 Daddies has been a popular ketchup brand in parts of England such as the Midlands, Wales and the West Country since the 1930s; it was acquired by Heinz in 2005 but is still sold under the Daddies name and formulation.

It does better at being less fattening than the Tiptree brand, because it has less sugar in it, but the sodium levels are quite high.

A reduced-sugar version of Heinz ketchup is available in the US.

The Weight Watcher calculations reveal this to be truly the least-fattening of all the ketchups we will have looked at in this piece (but the sodium is higher than the regular version, so watch out for that.)

In the UK, Heinz created a combined low-salt, low-sugar version. 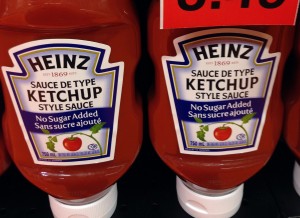 The sweetener is Sucralose.

This is far, far less fattening than the regular version of Heinz ketchup in Canada (which has 20 calories per tablespoon; 5 Weight Watcher points per 1/2 cup /125 ml), which would make it great in recipes that call for ketchups such as barbeque sauces, baked beans, etc, where the calorie savings would add up fast and make a huge difference. 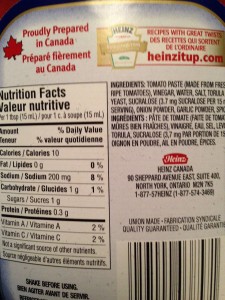 Why, oh why, do consumers have to choose between having either, no added sugar, or healthy low levels of salt — why can’t there be both? Surely the taste balance question can be addressed so that ketchup once again becomes something guilt-free to pour in unrestricted quantities on ketchup lovers’ plates?

My conclusions about sugar in ketchup

My conclusion is that ketchup manufacturers need to provide us ketchups that are both low-sugar and low-sodium to make a splodge of ketchup once again a healthy indulgence that we don’t have to worry about.

In doing this, they are going to have to get over this current emphasis on quick, short-term profits that they have gotten into and focus on keeping their loyal customers alive a lot longer, because it just strikes me as good, long-term business not to kill off your customers.

You might wish to read my separate piece on low-sodium ketchup.