Lancaster Bomber Ale has been made since at least 2003, and probably before. 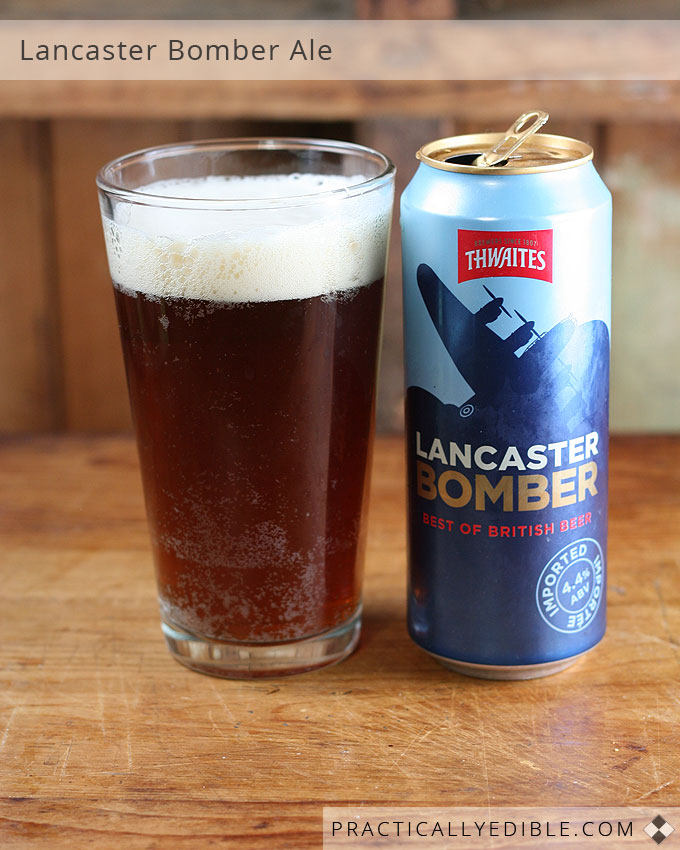 The ale got more attention in 2014, however, owing to the British joint tour of the last two airworthy actual Lancaster Bomber planes, one from the UK and one from Canada.

The brewery, Thwaites from Blackburn, Lancashire, sponsored a web site to promote the tour of the air planes. 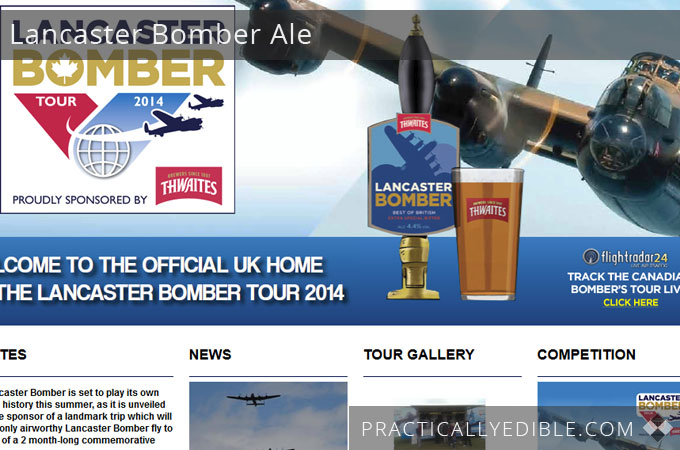 In Canada, the can was printed in English and French and marked “imported.”

Apparently in England, it’s also sold as a cask ale. 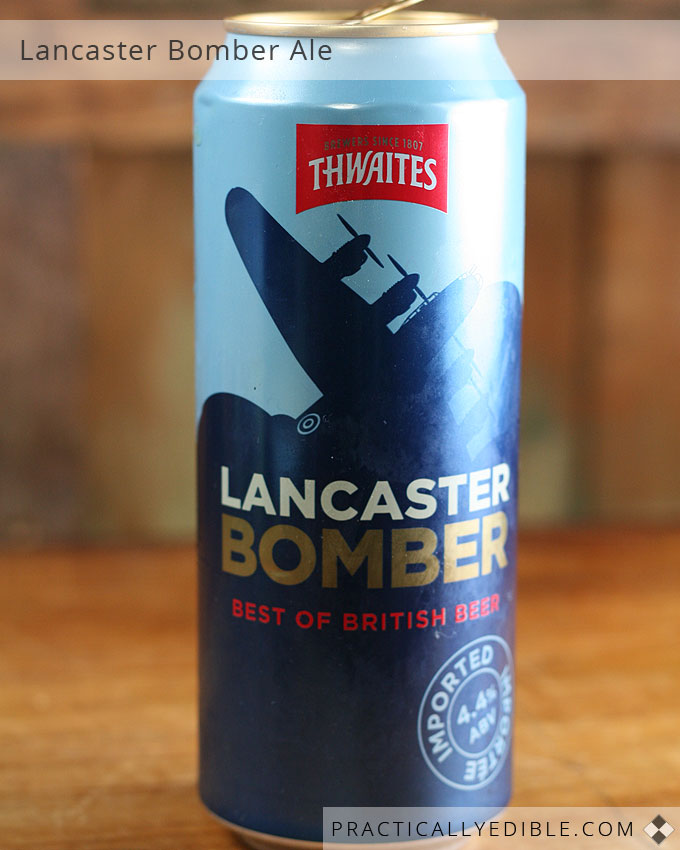 The ale is a dark, amber colour.

It has a thick, creamy beige-coloured head upon pouring that dissipates after about 5 minutes.

The ale is full, rich, and creamy feeling on the tongue.

It is a good English bitter, with a great, lasting bitter taste that makes it a good palate cleanser. I had it with battered calamari; it would be amazing with any fried foods such as fish and chips.

It would also be good with any Sunday dinner that included roasted vegetables such as roasted potatoes, roasted parsnips and beets, etc.

And because it’s only lightly carbonated, it’s easy to enjoy it with a meal without it taking over from the food or making you feel bloated.

At just 4.4% alcohol, I would classify this as a good meal beer, or a “sessionable” beer that you can enjoy a couple of without getting plastered or falling asleep in your plate of dinner! 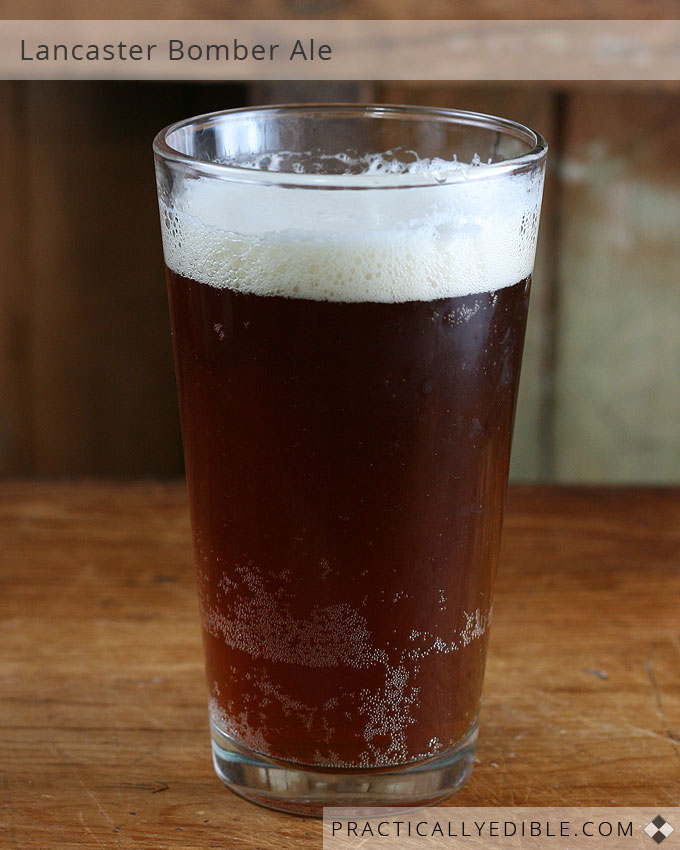