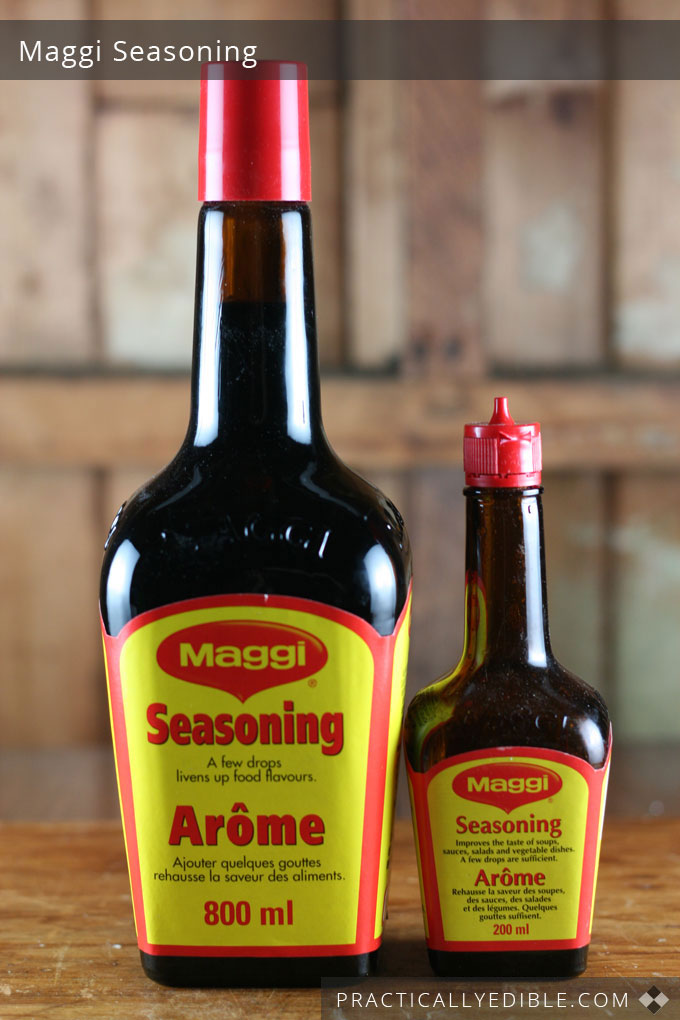 My new favourite best friend in the kitchen as of 2013 is Maggi.

I had researched it and experimented with it briefly back in 2010 when I was writing my article on Maggi for cooksinfo.com, but after that the bottle languished on a cool shelf in the basement pantry.

We get into such ruts and habits in our daily cooking — inherited or acquired. My family cooking heritage was Canadian / British — which means of course that the bottled brown flavouring liquid you reached for as a cooking ingredient was Worcestershire Sauce. (Kitchen Bouquet, I feel, adds colour but no flavour.) It was Dutch and German friends whose families had reached for the Maggi instead. With Worcestershire Sauce, I would always know instinctively when I wanted a few dashes in a soup or sauce, if it would impact the colour, and how it would influence the overall taste. I didn’t know how to break into the groove of actually using Maggi in the same way.

It was at the end of last summer, 2013, that I’d moved the bottle around once again on the basement pantry shelf, and went to myself, “heck, at least bring it upstairs, then you’ll either actually use it, or toss it out.” So, up it came into the kitchen.

The bottle sat on the condiments shelf till about mid-fall. I’d just finished pressure cooking some cabbage, and it was bland and boring. I was casting about for ideas on how to give it some interest (without pouring a gallon of hot sauce on it — which is my favourite answer to a lot of food problems but it doesn’t always make me Mr Popular when people are hopping up and down and waving at their mouths.) I noticed the bright yellow label and went, “huh. Swiss / German. Cabbage. Gotta be some affinity.” Plus, if it didn’t work, no great loss.

So the Maggi came down from the shelf, the top came off, and a few good splashes went onto the cabbage, then a stir or two, a taste with a fork, and OMG. Are you kidding me? A few more splashes and it was, “Where has this been all my life?” I stopped there with the splashes, because I get that more isn’t always necessarily more…

Maggi adds a rich, deep taste without adding the vinegary hit that Worcestershire Sauce does (and isn’t always appropriate.) It’s got serious umami power. There’s a “meaty” aspect to the taste, but “meaty” in a cooked mushroom way (there’s no meat used in making Maggi.)

I’ve been experimenting with it in all kinds of things now.

It’s seriously fabulous in stir fries and Chinese cooking and Asian cooking in general. I figured it would be, because I knew that Maggi is a staple in Chinese households and that Maggi is even brewed specially for the Chinese market. But check this; all the suggested recipes on the Canadian site for Maggi are for Chinese cooking. 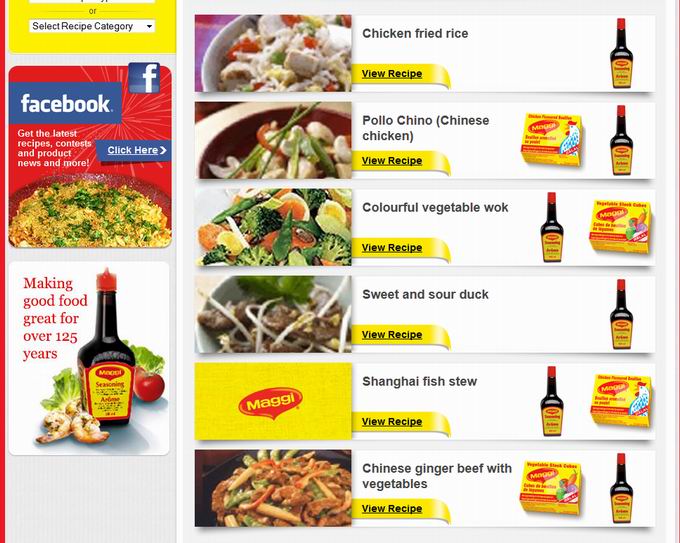 And no wonder the Chinese love Maggi:  the Chinese love salt, and this stuff has 1440 mg of sodium per tablespoon (15 ml). That’s your daily recommended allowance of sodium (1500 mg) in one fell swoop, boom,  you’re done. (Lea & Perrins only has 165 mg per tablespoon / 15ml.) So when I’m using Maggi in a dish, if I feel that some more saltiness still is needed on top of the Maggi, I’ll use some salt substitute to further boost salty notes. Granted, remember it’s not as though you’re drinking that 1 tablespoon of Maggi all by yourself — it is going into a dish and being divided up amongst several servings. And, a tablespoon is a LOT to use at once anyway, it’s very, very concentrated; a lil goes a long, long way.

My friends in Europe are gonna be rolling their eyes at “dumb North American” just discovering something as basic as Maggi, lol! But I’ll bet it’s still new to most Americans and Canadians. (There are several versions made for Mexico, so I suspect it’s more widely known and used there.)

The small 200 ml bottle in the picture was 5 bucks at my local IGA grocery store; but the 800 ml bottle I got at Loblaw’s for 10 bucks.

If Maggi is as new to you as it was to me, pick up a bottle and try it in soups, stews, gravies, sauces, stir fries, any kind of Asian food, refried beans, etc, etc.

I wondering how it would be in tomato-based pasta sauces, baked beans, etc. I will try sometime. I’m wondering what else I should try it in.