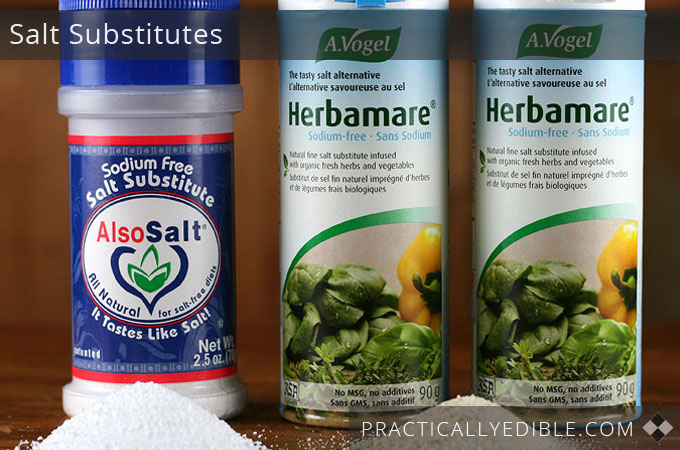 In 2013, I began the hunt for salt substitutes as part of the salt management strategy for my kitchen.

My initial research made me aware of a few things.

I also knew that there are some cooking uses for salt — such as in baking and in preserves, where it’s a question of chemistry, not taste — for which a simple salt substitute product would not cut the mustard because in matters of chemistry, it’s not so easy to fool Mother Nature. 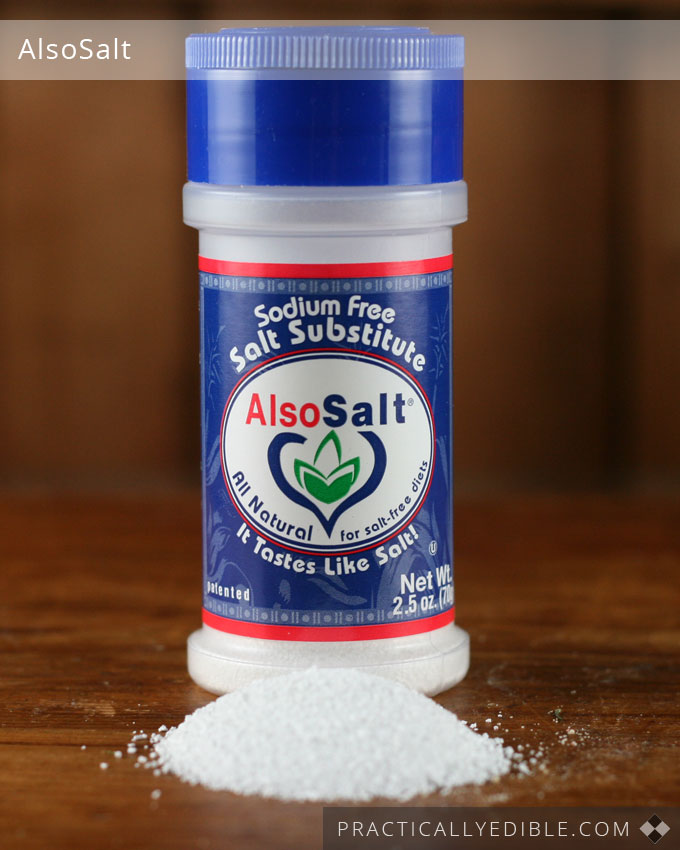 One salt substitute product that got good reviews for taste was one called AlsoSalt made in Washington State. Heinz uses AlsoSalt in their salt free ketchup for the American market. So, I found the AlsoSalt website and placed my order and paid.  It took me six months to get my product, during which they repeatedly actually and literally lied to me about having already shipped it. Later, I belatedly Googled them for customer service reviews and found out that I was lucky; many people never even get their product and just give up entirely, their track record is just that shocking, with pages of Better Business Bureau Complaints about them. So I’m going to take the odd step here of actually formally warning any readers against buying from that company.

Anyway, the AlsoSalt product finally arrived so I could test it out. . It has a powdery texture and is very white. I will say it is fine, and I have no complaints about the product. But with just everyone having so many problems buying from them it’s just not a product I want to rely on and get used to using, so that’s out. If this were your go-to salt substitute, you’d need a substitute for it! Ha!

Herbamare to the rescue 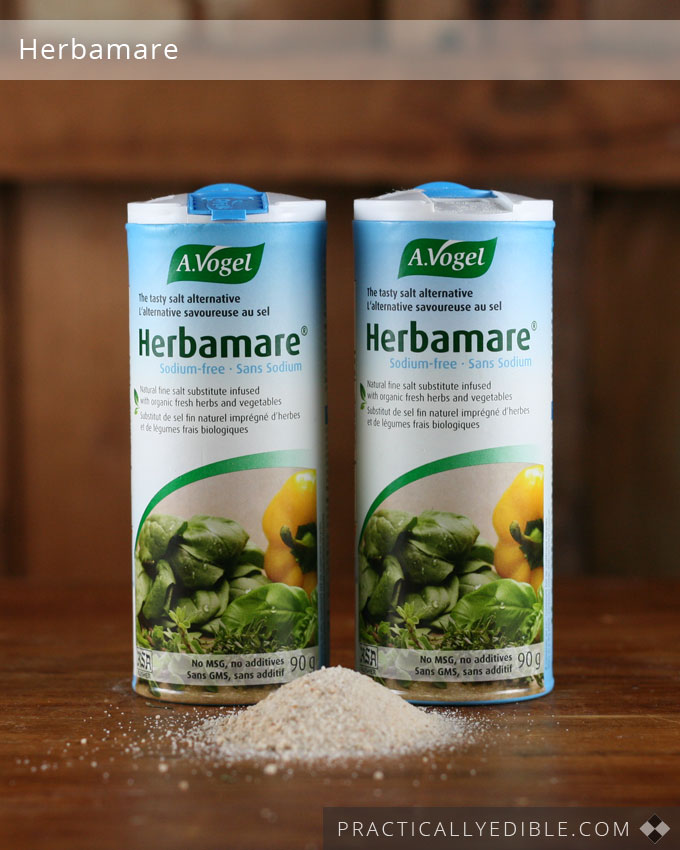 During the six months that I was innocently and trustingly waiting for my AlsoSalt to arrive “any day now”, I found Herbamare in two health food stores here and gave it a try. Note: Herbamare makes several flavoured seasoning salts and a low-sodium seasoning; it’s the sodium-free (completely sodium-free) seasoning that we’re talking about here.

In short, it’s great, and even better (and way cheaper) than the AlsoSalt turned out to be. It has a texture like very fine grained sand. It has a sharpness to its taste that lets it perform the role of salt for taste in recipes. Use it in the same quantities as you would salt. If you’d use a teaspoon of salt in a tomato sauce you’re making, use the same amount of Herbamare. I use it sometimes even on food, such as French fries, and popcorn, and don’t detect any bitterness, even when I’m running my fingers in the popcorn bowl to get the last of the “salt” out.

So Herbamare now is my go-to salt substitute.  It’s made by the A. Vogel company in Switzerland — and long may they make it. I highly recommend this product. Note that they also make a low-sodium product, but I am not talking about that one; I am talking about their completely sodium-free product, which in some store ads may be described as “no sodium.”

Herbamare Sodium-Free is also kosher, gluten-free and made from all-organic products.

Note that it’s high in potassium, if your doctor said to also avoid potassium.

Where to buy Herbamare Sodium-Free

In stores, I pay anywhere from 4 to 6 dollars per 90 g (3.2 oz) canister of Herbamare Sodium Free, depending on the store, sales, etc. A bottle seems to last me a few months. If you can’t find it where you are, here it is on Amazon. (In the States, the picture and labelling are not great on Amazon, but it’s the sodium-free one apparently.)

« Salt management strategy: it’s time your kitchen had one
Shopping for low-sodium foods »