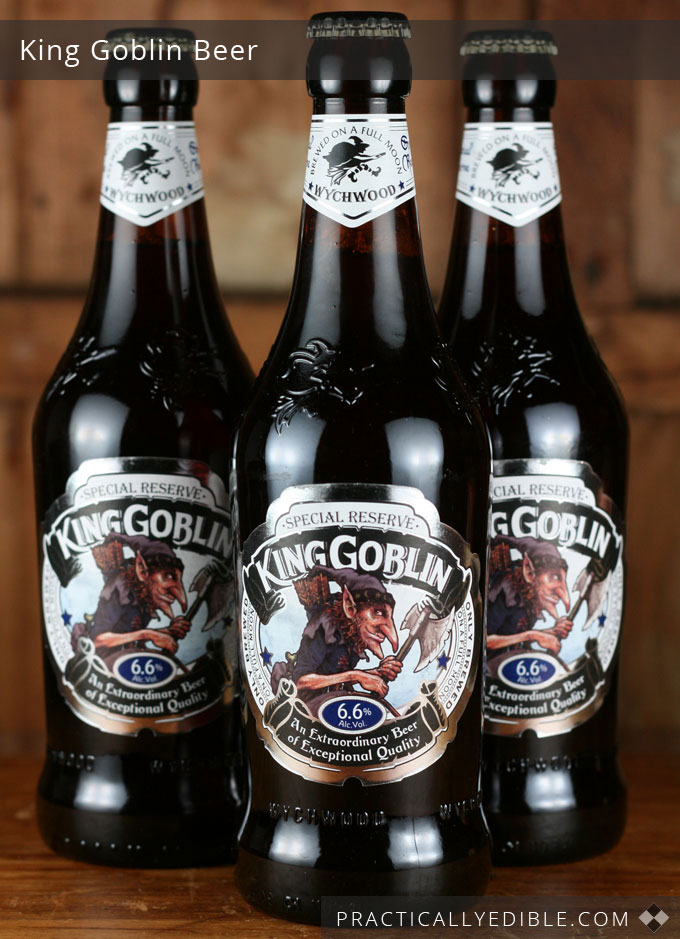 This was one of our fall beers here in the Beaches.  Brewed only under full lunar moons1 in the old, witchy forests of England2, it is a dark, rust-coloured ale with a woodsy, spritely taste with a vague suggestion of spice to it and a hearty malt aroma. It is lightly-carbonated, and not too gassy, which is what I prefer in a beer. It has a light head which mostly dissipates.

A full 500 ml bottle of this, at 6.6% alcohol, will have some of the magic of Faerie starting to tingle in you by the time you have finished it. But the overall impression of this beer is that it’s so light and spirited on its feet, you’ll be reaching for a second one straightaway if you’re not careful.

I enjoyed it first chilled in the fridge, then allowed to stand for 10 to 15 minutes at room temperature to warm up a bit before opening. 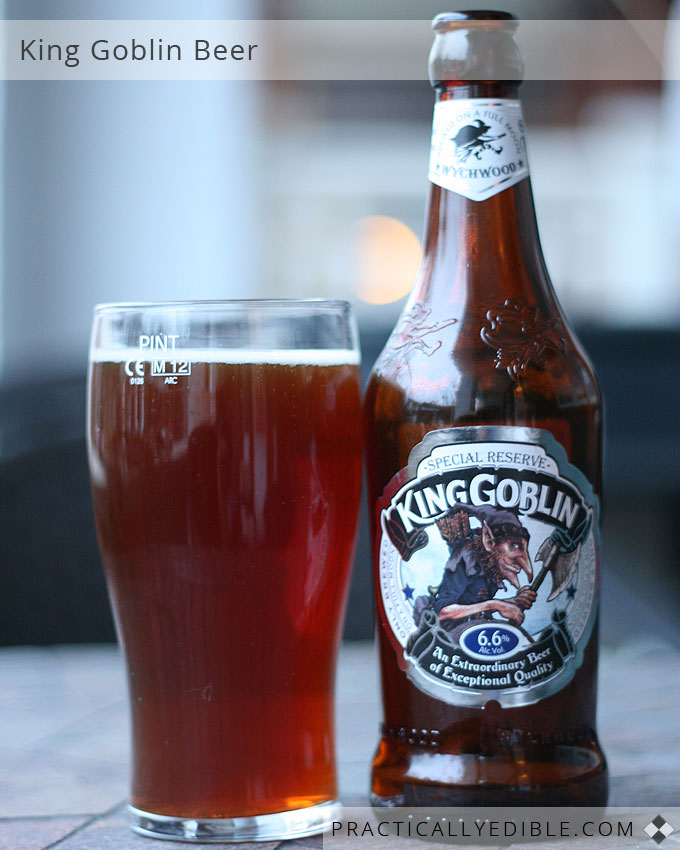 Glass of King Goblin Beer with the rising moon in background

For anyone tracking, I’m guessing it’s around 7 Weight Watchers PointsPlus® for the entire bottle, which strikes me as a damn good bargain for all that tasty beer. I enjoyed it a few times with a bowl of sliced radishes (free on Weight Watchers) on the side to snack on.

It’s very hard to link to exact pages on Wychwood Brewery‘s website owing to its quirky construction, so here’s a screen cap of the fact sheet about the beer. 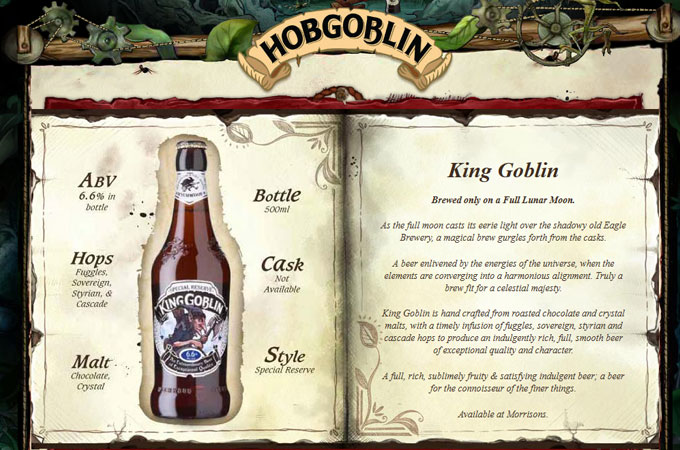