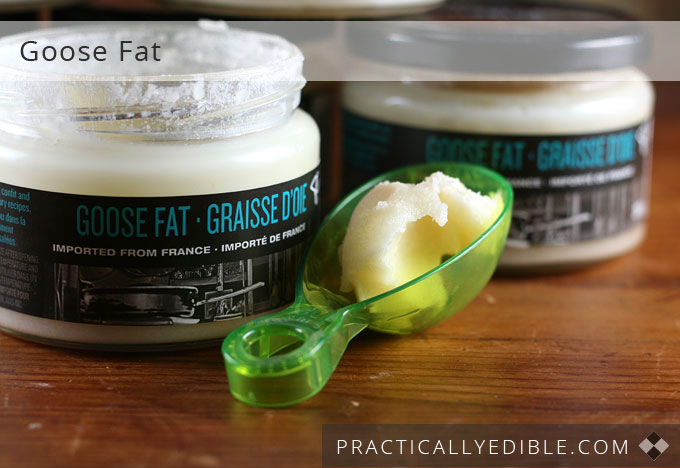 Goose fat is amazing for roasting or sautéing things in. It doesn’t evaporate away or get soaked into foods the way that oils do, so you need far, far less of it.1 Consequently, it actually ends up being less fattening than cooking with oils.

Nutritionally, in terms of saturated vs monounsaturated etc fat, goose fat falls half-way between butter and olive oil. But remember, again, you also use way less of it to start with because of its staying power in the pan. For that reason, anyone minding their waist lines should be paying attention to this cooking fat. For instance, in sautéing, two teaspoons can replace several fattening glug-glug-glugs of olive oil.

Especially if you own one of the new air frying appliances such as an Actifry™, you should consider giving goose fat a try — a few teaspoons of goose fat will often do a whole large batch of succulent roast potatoes or chips. Yes, you heard me right. 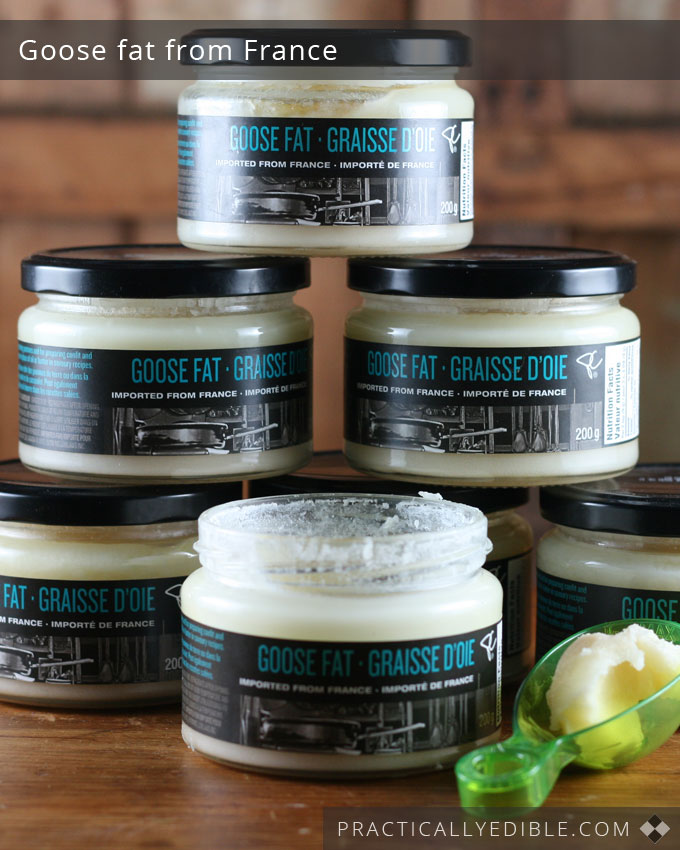 A jar of it is shelf stable but it’s best kept refrigerated after opening. The imported stuff can be pricey (the stuff in the pictures was 10 bucks a jar) but it will do you for a very long time.

Gascony, France, where goose and duck fat play a huge part in the diet, has one of the lowest incidences of cardiovascular disease in the world. Consequently, some researchers are now noting that reality isn’t matching up to the “oil is healthier” theory that everyone had agreed on. (More research is of course needed, because of course in science coincidence does not necessarily equate causality.)

1 tablespoon Goose Fat = 4 Weight Watchers PointsPlus® (but can replace at times up to 6 tablespoons of oil, coming in at 18 points, so you’re way ahead of the game!)